Shelbie Cummings didn't realize that when she reported to work Monday, she had achieved a goal she set for herself as
a student in Pickaway-Ross' Electrical
Technologies program. 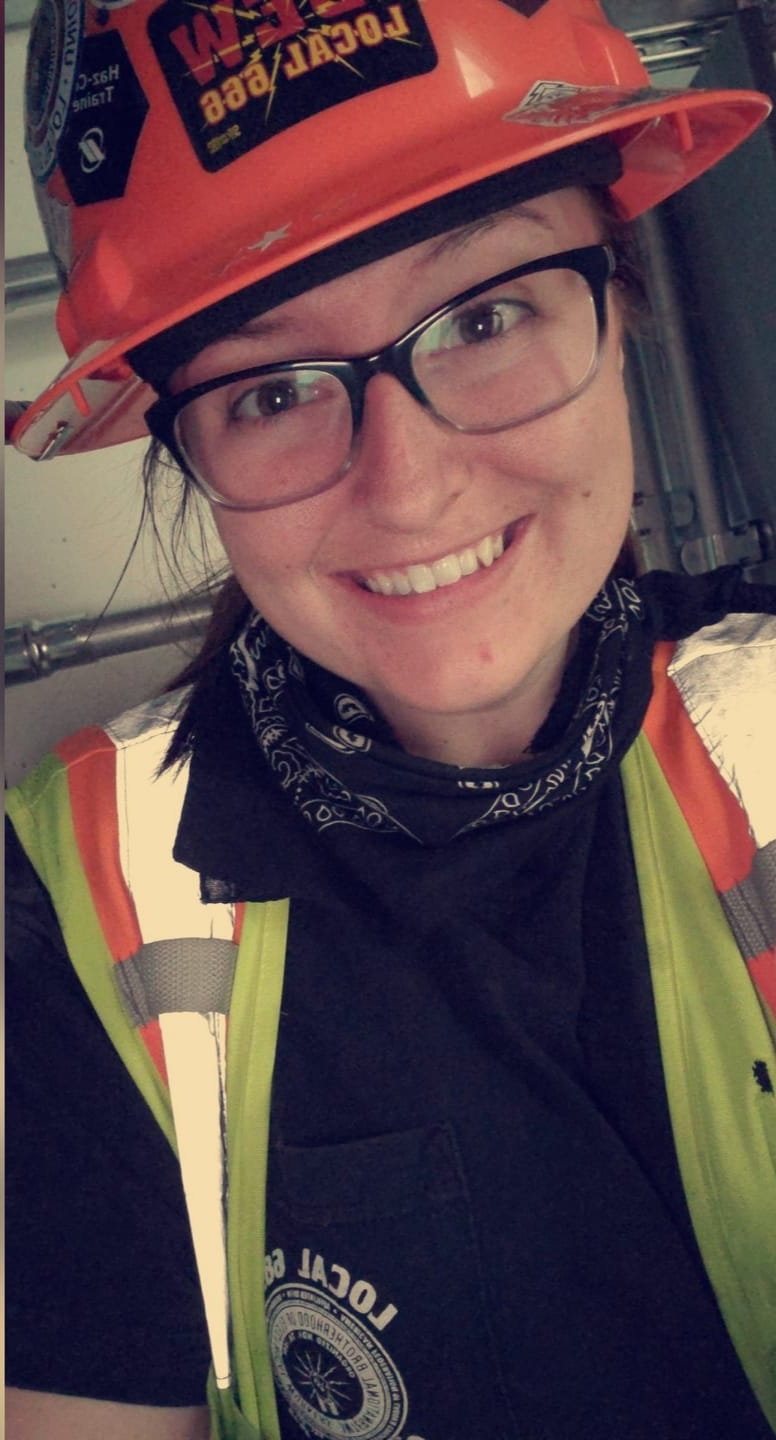 Just four years after completing at Pickaway-Ross and graduating from Logan Elm High School, Shelbie learned she had fulfilled the requirements to advance from Apprentice in IBEW Local 683 to Journeyman Wireman.

Shelbie started working at Columbus-based Mid-City Electric the summer after her junior year and continued her education after high school through IBEW, the electricians union.

IBEW's Apprenticeship Program traditionally takes five years but she completed the coursework plus the required 8,000 hours on the job to get certified in four.

"I can't believe I did it," she said this week. "I've wanted to do this since I was 12. Getting the notice that I made
(Journeyman), I cried for 15 minutes."

In the trades, gaining the Journeyman ticket, as Shelbie calls it, increases her hourly salary, putting her on track to earn annually more than $71,000 before overtime, have multiple retirement accounts, and get free schooling.

"You cannot beat the trades," Shelbie said. "I have no debt and went to school while working."

One of her former teachers, Kirk Hewitt, said he is so proud of what Shelbie has accomplished.

"She has carved out a career for herself in a male-dominated field," Kirk said in sharing Shelbie's news on social media. "She is the first female student I've had in 12 years of teaching to achieve Journeyman status. She is just 22 years old."

Shelbie said that being a Journeyman also affords her the opportunity to take jobs in other cities that may pay more.

For now, she loves working at Mid-City. For the past year, her job site has been at a data center under construction in New Albany.

She plans to take a break from school but there are classes she can now take as a Journeyman. After five more years of working and learning, she likes the idea of becoming a foreman.

Going to Pickaway-Ross, Shelbie said, gave her an advantage that traditional high school students don't get.