​ FFA chapter fundraisers give back 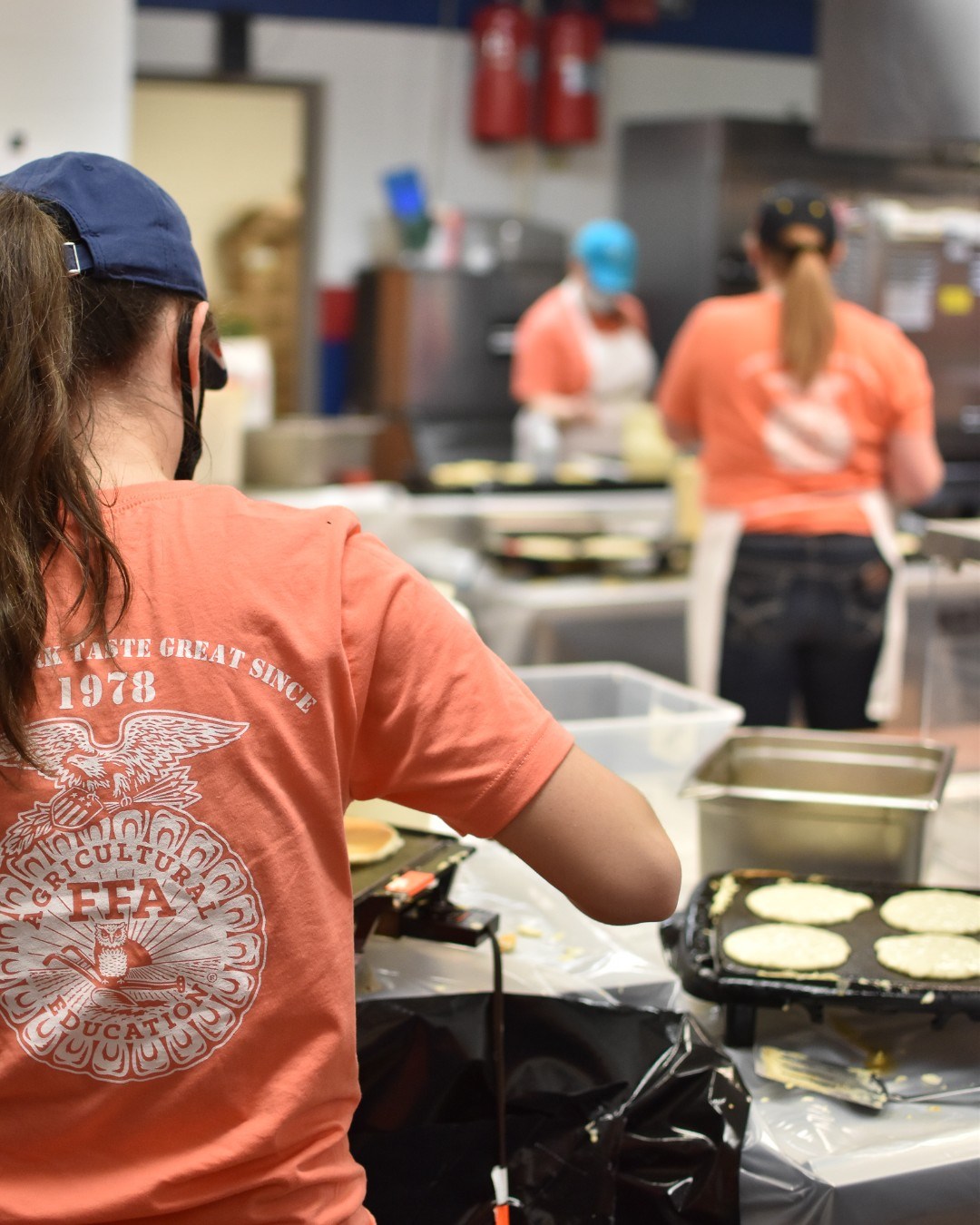 Because of COVID protocols, both clubs added a drive-through lane for meals in addition to the traditional carryout and sit-down options. Sit-down dining was spaced out to ensure social distancing.

“We raised about $2,100 in door donations, and 50 percent of our profits will go to Adena Cancer Care to help cancer patients and their families during treatment,” Scott said.

At Zane Trace, FFA members came to the ZT cafeteria kitchen on a snow day during the week leading up to the event to cut, season and grind meat from eight hogs that were purchased from Bay’s Food Market in Lancaster, chapter advisor Jennifer Johnston said. Members of the ZT Adult Farmers club and Zane Trace cafeteria staff instructed and assisted.

Chapter members then stuffed the sausage into casings and rolled them into links the next day.

Forty-five chapter members were involved with preparing and serving the sausage along with pancakes, coffee and orange juice.

Chapter members served nearly 600 meals and raised a little more than $4,000 in donations. They also received $1,875 in donations from area farms, businesses and community members to help purchase the hogs used to make the sausage.

This allowed the chapter to approve a donation of $2,500 to Nationwide Children’s Hospital and $500 to the Ross County Junior Fair after covering expenses from the breakfast.