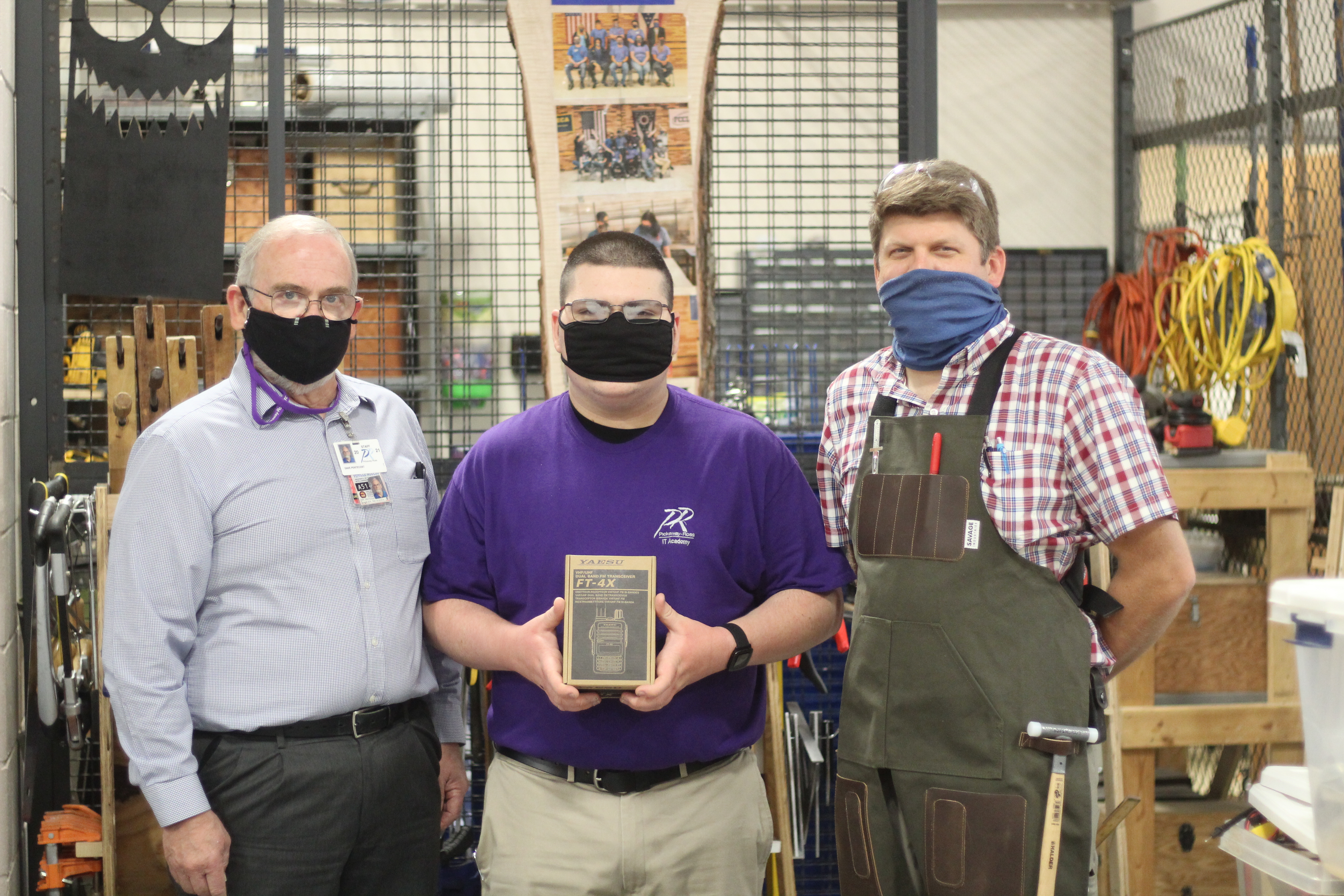 James Marable, center, was presented with a radio by teachers Dave Pentecost (left) and Mark Johnston for earning his amateur radio operator license.

James Marable, a junior in CJ Davis’ Cybersecurity & Networking program, has a hobby: searching for AM radio stations that are outside the broadcast area of his Orient home.

“There are some really interesting AM radio stations you can get at night. I live at just the right spot in Ohio to get WSM (out of Nashville, home of The Grand Ole Opry) and CFZM from (Toronto) Canada. It’s impressive how far AM can travel, especially at night,” he said.

James is a member of Pickaway-Ross’ Radio Mentoring group and will be able to do a little more now with his radio hobby as an FCC Amateur Radio licensee. After passing the FCC test in March, he is licensed as a Technician level operator. Other amateur license levels are General and Extra.

Volunteers in the Scioto Valley Amateur Radio Club administered the test. Its examiners operate under the auspices of the Laurel Volunteer Examiner Coordinator (VEC) and provide free testing, according to strict federal and Laurel VEC guidelines.

Last week, the teachers presented James with his first radio, a Yaesu FT-4X handheld unit that will allow nominal communication using 5 watts of transmitting power and the capability of operating on the 2 meter and 70 centimeter amateur bands.

“We look forward to getting on the air with James next year as the Radio Mentoring group reconvenes in the fall,” Dave said. “We expect James to be an integral part of activities that will include installing antennas, building radio receivers, taking field trips to radio and television museums, participating in radio ‘fox hunts’ and helping others at Pickaway-Ross achieve licensure so they can join the amateur radio service.

“The mentoring group also will continue to operate its own station that includes a radio capable of making long-distance contacts.”