Love of baseball keeps Commercial Carpentry instructor on the field 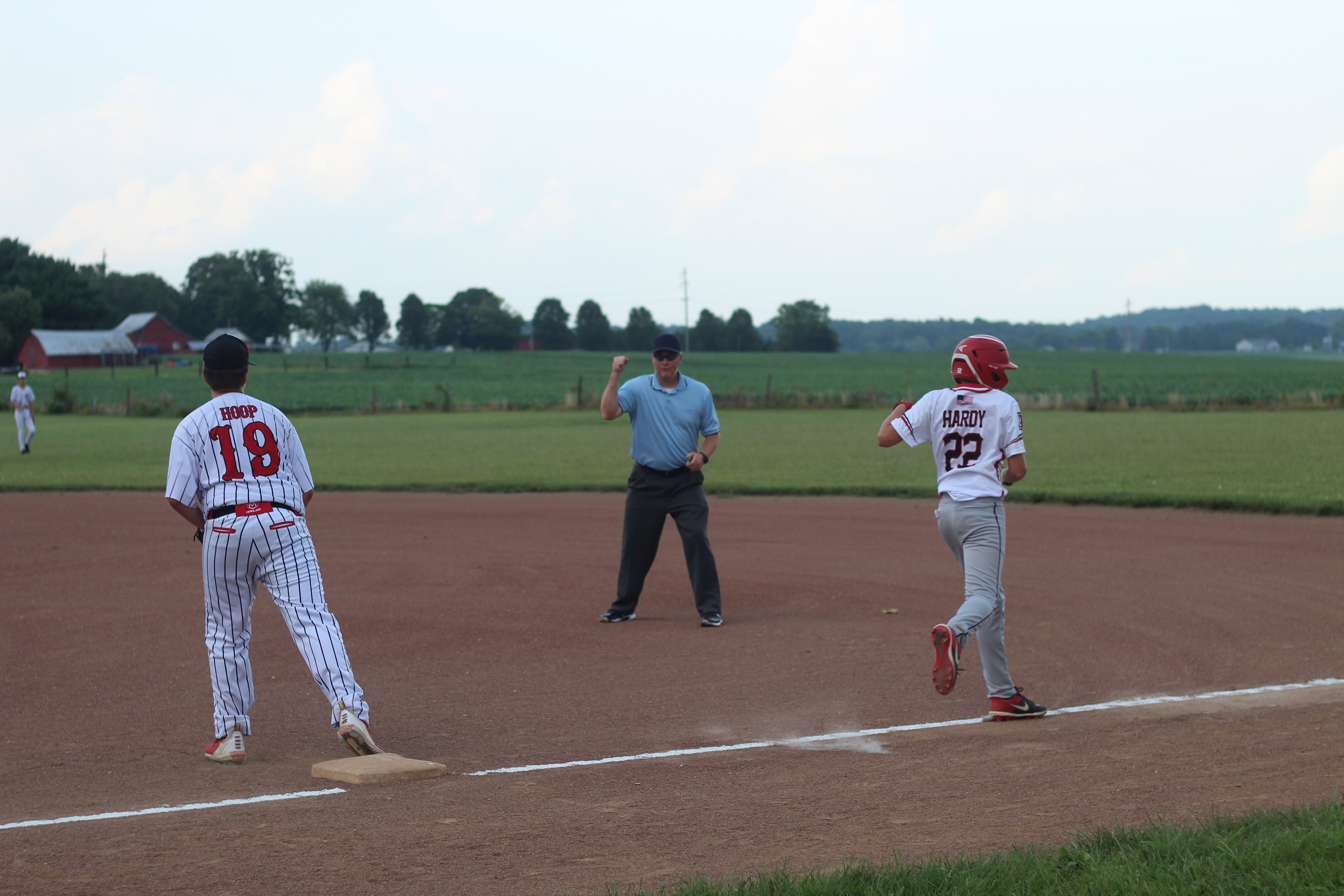 Aaron McManes makes a call at first during a game in July.

If he'd taken a different path, Commercial Carpentry instructor Aaron McManes might have had a career in baseball.

A player from the age of 6, Aaron went to Malone University in Canton on a baseball scholarship to pitch but after a year he transferred to Shawnee State to study plastics engineering.

After completing the two-year program, Aaron spent the next 10 years in commercial carpentry before joining Pickaway-Ross in 2013.

But baseball was never far from his heart. Aaron coached his son's baseball team since Adam was 6. In 2019, when Adam was 17, he decided to train to be an umpire and a year later Aaron took the training, which consisted of 3-hour classes for eight weeks. On occasion this summer, father and son have officiated together.

"When Adam and I get to umpire together, that's a lot of fun," Aaron said.

"That's a huge time commitment if you don't have a son playing. I really enjoy baseball, so I thought it would be a good way for me to stay involved," Aaron said of being an umpire. "Being around the kids and the coaches and everything, I just I enjoy that."

There is still a time commitment to being an umpire. Depending on the season, games can start as early as late March and go through August. The fall season runs August through October.

"You can get really busy if you want to," Aaron said.

As a long-time player and now a teacher, coaching didn't faze Aaron. But being an umpire is a new challenge.

"I just want to make sure I do a good job and am objective. Even if I know people on the other teams it doesn't change how I umpire."