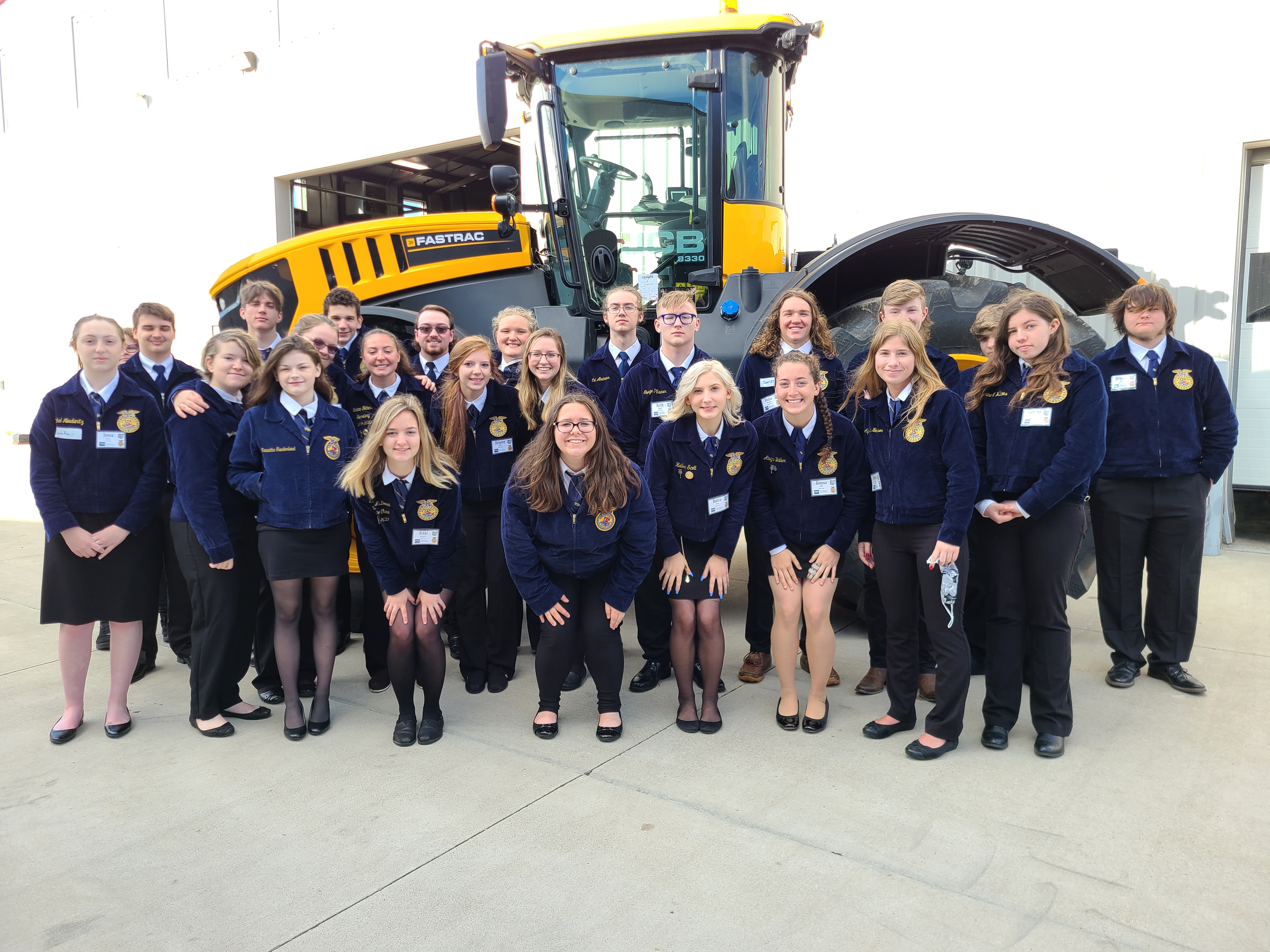 Members of Zane Trace’s FFA chapter get to end their summer on a high note with news that their chapter was named a Model of Excellence chapter.

Zane Trace was one of only 10 high school chapters in the nation to earn this distinction. The 2021 National FFA Model of Excellence chapters were selected from more than 550 applications submitted by top ranking FFA chapters in the 50 states.

The top 10 chapters were chosen based on 15 activities conducted by their members throughout the year that focused on three goals: growing leaders, building communities and strengthening agriculture.

"It's an honor being named a National Model of Excellence chapter but it wasn't accomplished by one person or even just our chapter," said Jennifer Johnston, chapter advisor. "It is shared by the entire Zane Trace community that supports our activities."

The activities that helped the chapter be recognized included chapter members conducting elementary lessons in agriculture for students in kindergarten through fourth grades, immersing high school students in hands-on experiences in meat science, maple syrup processing and poultry production, and establishing a partnership with a local food pantry to provide produce and chicken for hungry families. They also harvested fresh vegetables for the Zane Trace cafeteria from their community garden, provided leadership opportunities for members and encouraged them to build their SAE programs through school-based opportunities.

This is the first time a chapter from the Ross County area has earned this level of recognition, Jennifer said.

The next step for chapter members is to prepare for the Sept. 28 national level interviews with judges via Zoom to compete for the honor of being named the overall top chapter.

The top 10 chapters will be recognized and the overall winner named on Thursday, Oct. 28, during the 94th National FFA Convention in Indianapolis, Indiana.