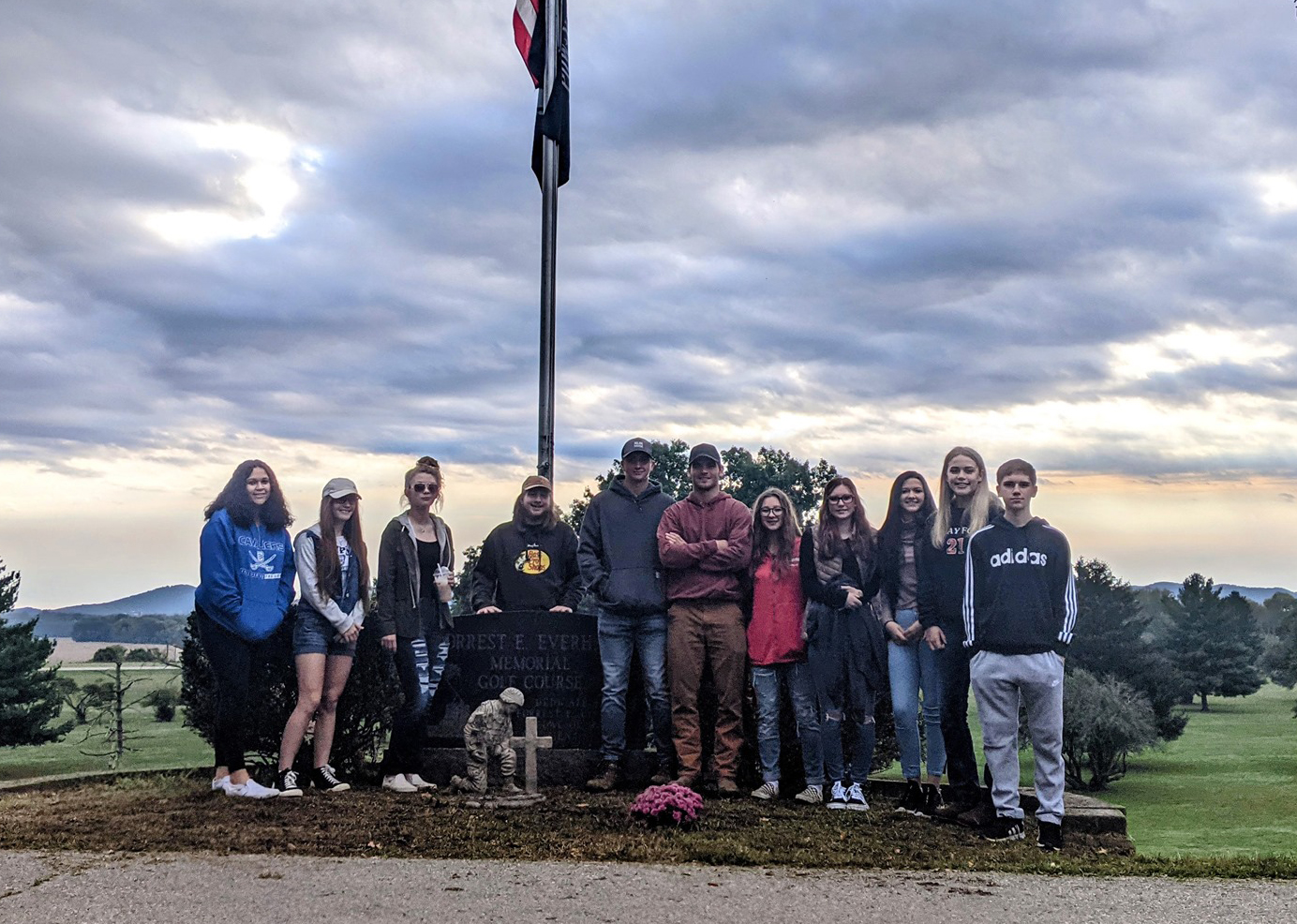 Student helpers at the golf scramble

“We are so proud of the number of our students who showed up at 8:30 on a Saturday morning and immediately got to work to make this another successful event,” said Jennifer Widdig, SkillsUSA co-advisor.

The proceeds will go toward expanding the Veterans Healing Garden, which was started in 2017.

Jennifer took chapter members to the Franklin Park Conservatory in Columbus last summer and students proposed adding a youth garden to the space.

The addition will provide an interactive component for visitors of all ages, Tea said.

“We have this beautiful garden that is designed so that something is blooming all year round.”

An idea that the students really liked from the conservatory was the inclusion of musical instruments. Tea said she would like to include three instruments in the garden: One purchased through a fundraiser; one provided by a sponsor; and one built by Pickaway-Ross students.

Tea hopes that by spring students will be able to start planting in the new section.