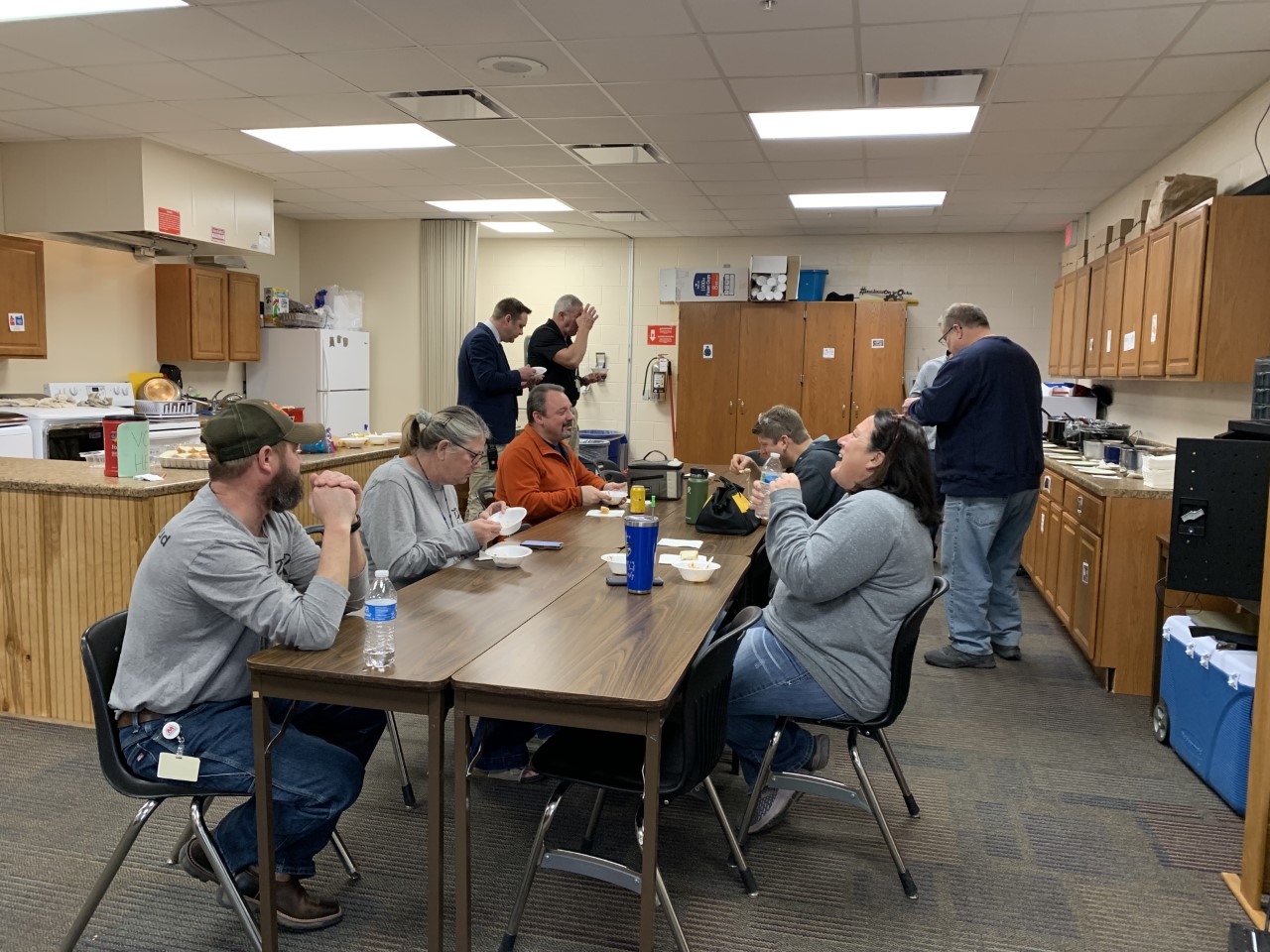 Science teacher Todd Jean was able to bring back a successful class project this month that starts with a deer dissection and ends in a chili cook-off.

Todd initiated the project, which last about a week, in 2018. The lesson begins with dissection of a deer that involves the identification and understanding of the internal organs and their

functions; the anatomy of the bones, muscles and connecting tissues; the different cuts of meat; and the useful parts of a deer (skin, antlers, meet).

During the week, students paired up to find or create chili recipes using deer meat. 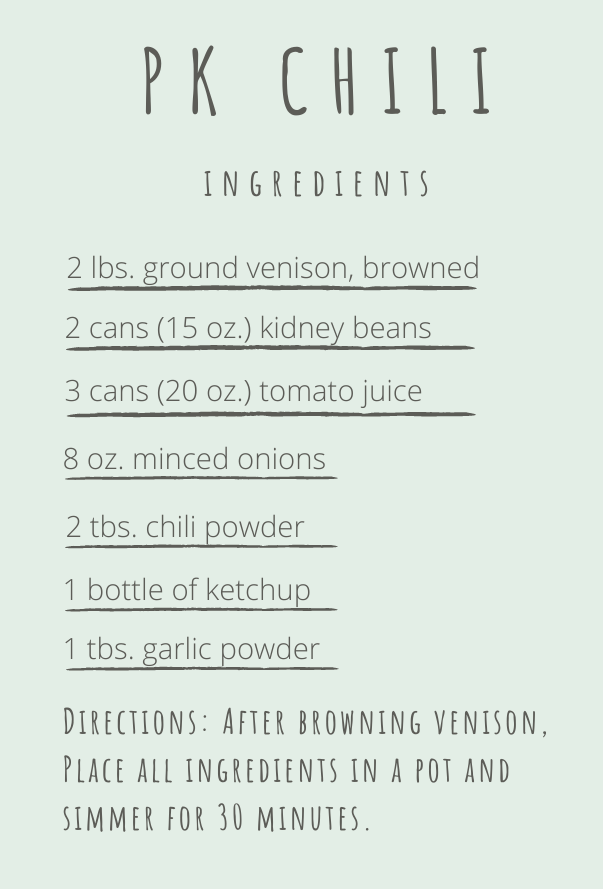 Kaitlin Likens, a Logan Elm senior in Early Childhood Education, and Paige Morris, an Adena senior in Commercial Food Careers, paired up to be named winner for their PK Chili, following a recipe Kaitlin’s mother uses.

Deer meat also was used to make 10 pounds of jerky. Todd and his students also combined 25 pounds of pork with 25 pounds of venison to make 145 bratwurst sausages.

All of the cooking, Todd said, provides the students with an understanding and ability to use the deer meat for human consumption in multiple ways.