Anna Betts excelled throughout her two years at Pickaway-Ross so it was not a surprise when she was selected as the career center's Student of the Year. Nominated by staff members and selected by the administrative team, it is the highest honor bestowed on a senior.

A student in Brian Morrison's Collision Repair program, Anna started on full-time job placement at Lightle Enterprises in April and a ruse was needed to bring her back to campus to present her with the award.

Luckily, Anna is active in the school's SkillsUSA chapter, serving as senior secretary and head state delegate for the career technical student organization. So when Brian said he needed her to come to campus for a SkillsUSA matter, she thought it weird but drove to campus.

Seeing Morrison waiting outside his lab, he asked why she was there and as the pair walked into the lab, a group of staff members were waiting to surprise her with the news.

Principal Josh Younge, a member of the administrative team, said Anna is an extraordinary student.

"She is a kind student who treats everyone with respect. Not only is she modest and humble, but she has an amazing work ethic and produces exceptional work in Collision Repair."

"Brian couldn't be prouder of Anna being selected for the award — and not just because she's his first student to win in his 19 years of teaching. Brian said he and SkillsUSA advisor Jennifer Widdig worked together on a nomination that highlighted her leadership in the career and technical student organization and her prowess in the lab." 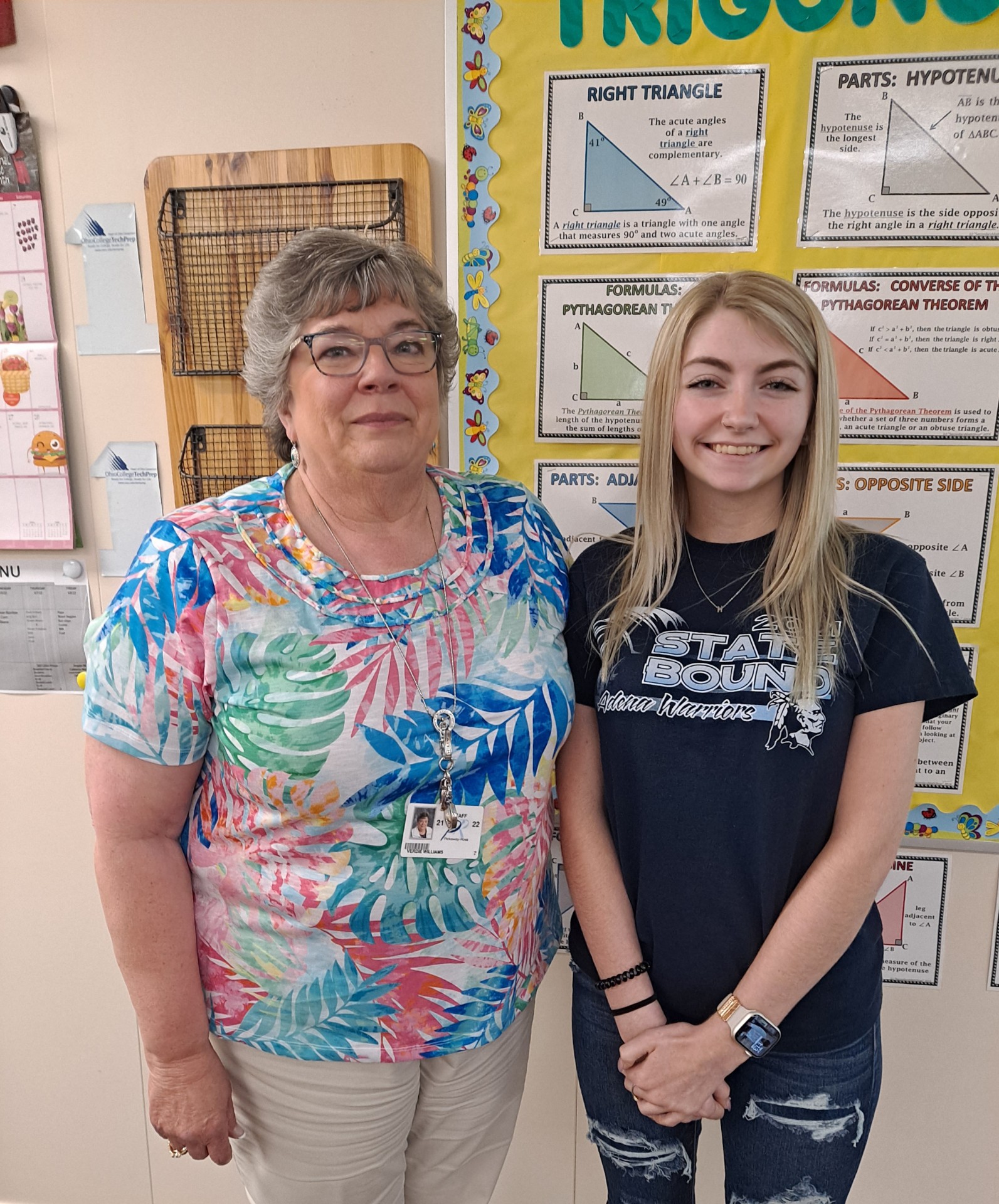 Anna also was one of the recipients of the PRTA Scholarship, overseen by math teacher Verdie Williams.

Among her strengths Brian cited was Anna's ability to learn quickly
and being conscientious about everything she did, resulting in pride in
her work and a strong work ethic.

Brian's pride in Anna's growth is matched only by Anna's appreciation of him and the Pickaway-Ross family.

"Looking back at my two, incredibly short years at Pickaway-Ross, I can say my life has truly changed. There is no better school that is filled with so many wonderful, caring adults," Anna said in her speech during the 2022 Completion Ceremony last week. "To Mr. Morrison, I never realized someone who was once a complete stranger could have such a powerful impact on my life. You guided me to become the young woman I stand here as. You gave me confidence, pulled me out of my shell and inspired me to pursue my passion. I thank you for your constant support."

In addition to Anna, Kaylin Harris and Braden Sabine were award
nominees. Kaylin is a Visual Communication & Design student (Adena)
who has enlisted in the U.S. Navy. Braden is a Machining &
Manufacturing student (Logan Elm) who is employed at PRIME.