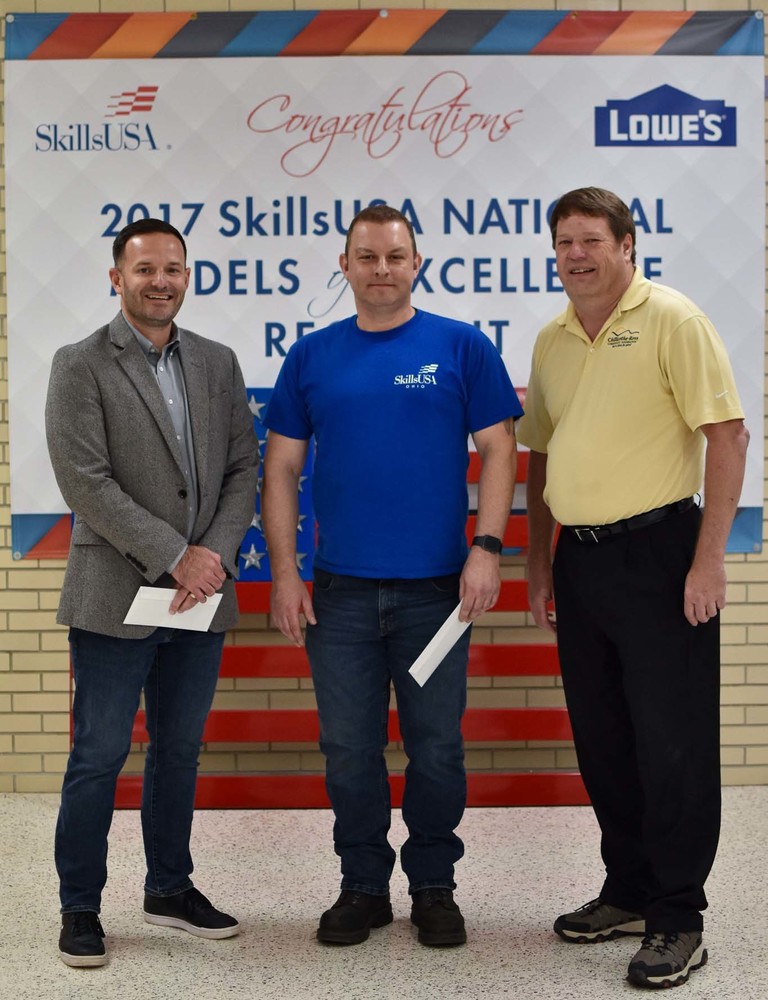 The 2021-22 school year ended in recognition and celebration last week when longtime teacher Tommy Collier was named an Outstanding Educator by the Chillicothe-Ross Community Foundation.

Superintendent Jonathan Davis said selecting Tommy for the award was difficult because there is no shortage of outstanding educators at the career center.

"But in my first year I have been so impressed by Tommy's unique passion and commitment to the entire mission of Pickaway-Ross. He runs a crazy successful lab, he is an advisor to career-tech student groups, he volunteers on numerous community projects and he is always willing to help current and former students."

Tommy completed Adult Education's Welding program in 1999 and was hired as the high school's Precision Welding Technologies instructor in 2008 after being a substitute.

Supervisors say when visiting Tommy's lab that it's obvious his students respect him.

"They'll show up before class and stay after to do lab work," said Shara Cochenour, a former principal who now conducts teacher evaluations. "He's very dedicated to his students and his trade."

Scott Graham, the foundation's executive director, presented the award to Tommy during Friday's end-of-year lunch for staff members. In addition, Tommy received a grant in his name to be used for classroom supplies or continuing education.

Also last week, two veteran educators received their retirement plaques during the May board meeting, capping a combined 61 years at Pickaway-Ross. 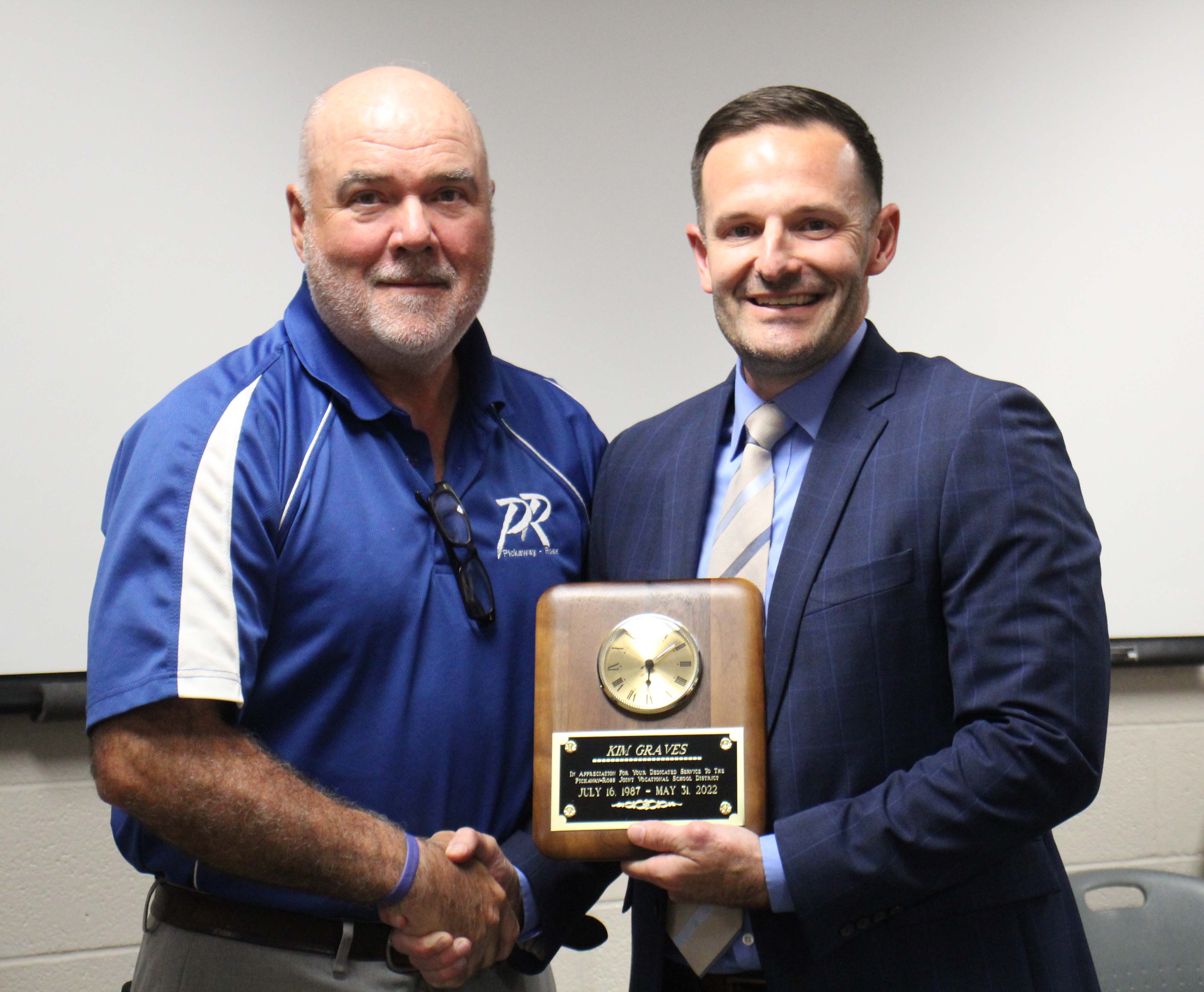 He was a career-based intervention instructor at Unioto for 17 years — helping students who might not otherwise succeed in a traditional school program — and became a main campus staff member in 2012.

During his decade on main campus, he was an advocate for students, helping them with job placement and preparing them to be successful in work and in life. In addition, he was the liaison for Pickaway-Ross' drug-free club MADE, overseeing the yearly application process and working with fellow MADE chapter liaisons in the county to organize an annual rally in downtown Chillicothe and incentive events at school.

In a 2013 interview, Kim acknowledged that his job placement work took him away from being in the classroom, which he loved, but the tradeoff is rewarding.

"I love promoting Pickaway-Ross in the community."

In a similar fashion, social studies teacher Bill Anderson joined the career center as a satellite teacher in 1996 before joining main  c 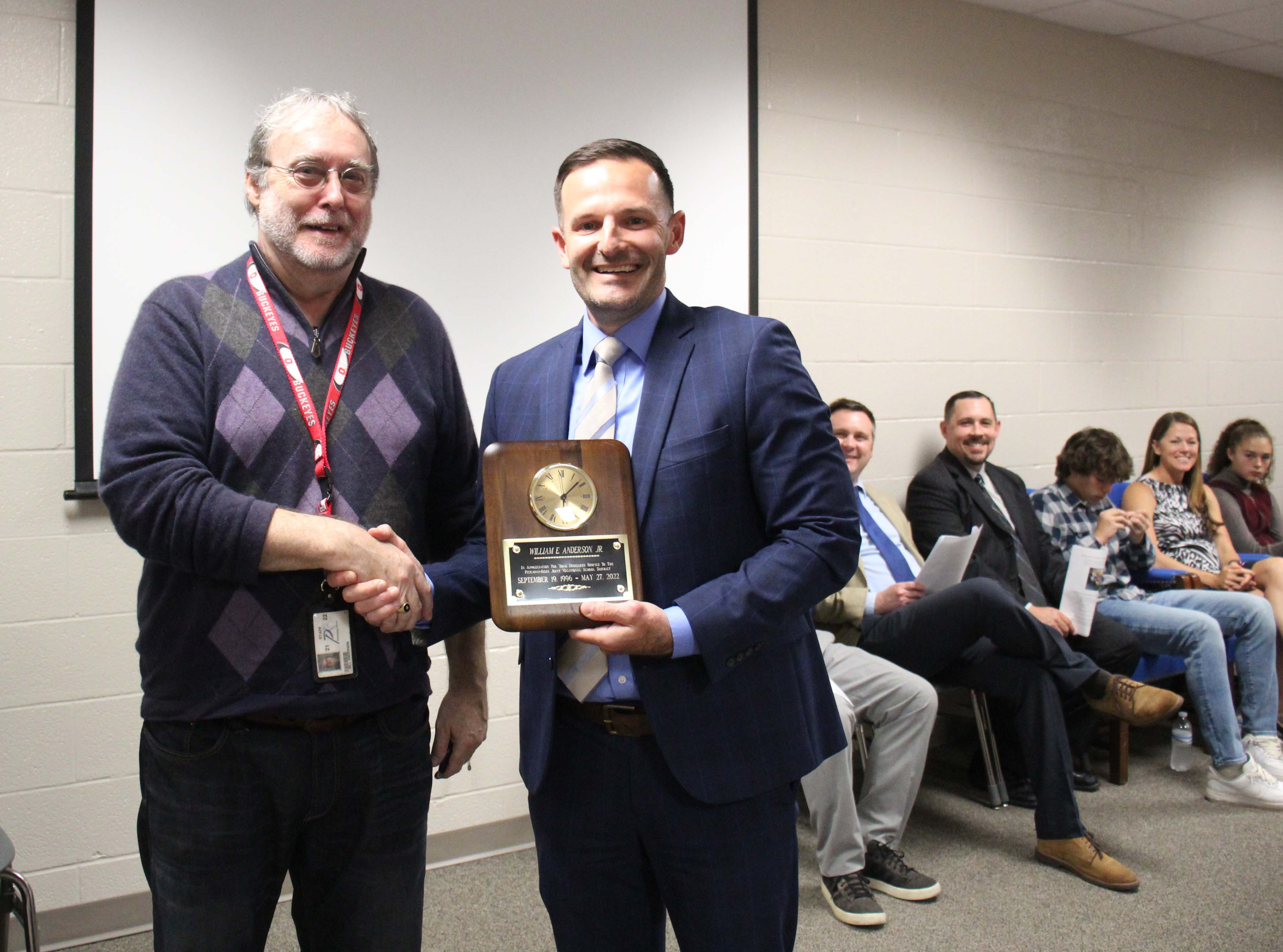 His impact on students was cemented when he was named the recipient of the 2020 Most Influential Staff Member award, an honor bestowed upon a staff member by seniors each year.

Upon receiving the award, Bill said that his philosophy with students was to be engaged.

"I have found that if you listen to the students and remember what they tell you, they will open up. Respect is a two–way street and I tell my students that I will treat them like the young adults that they are."