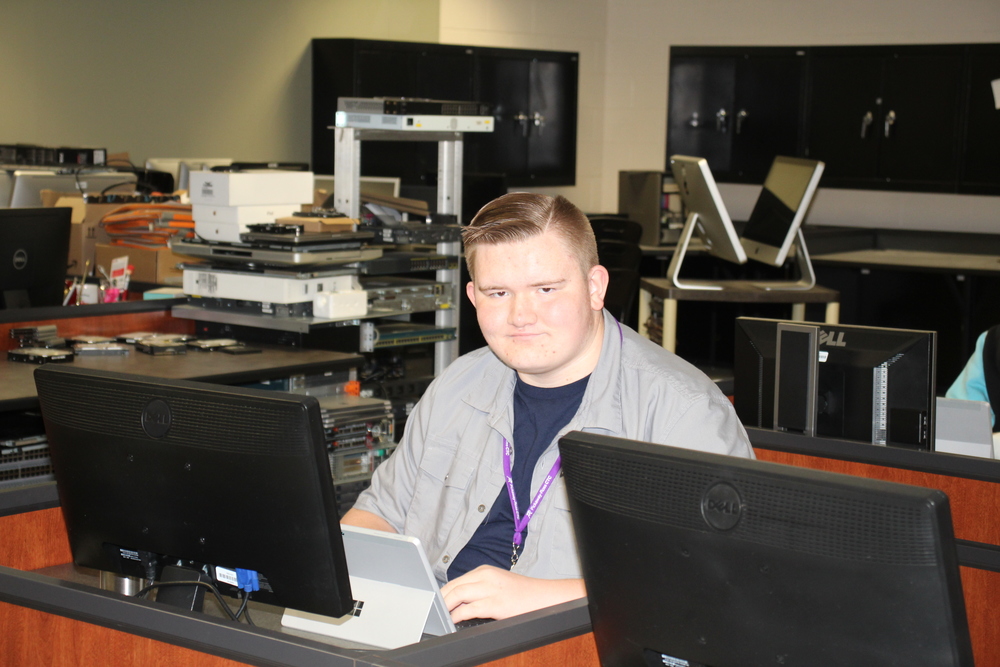 Carter Leiterman is taking advantage of every educational opportunity he can get.

A junior in C.J. Davis’ Cybersecurity & Networking program, Carter is taking his academic classes through College Credit Plus at Ohio University-Lancaster and taking German through Ohio Connections Academy.

He’s on Pickaway-Ross’ Student Council and was selected to be on the 2022-23 Ohio Teen Ambassador Board.

“I've always been interested in politics, especially last year when I took a class (at Ohio University-Lancaster) for political science. I found that pretty interesting. I thought this could further that interest a little bit more,” Carter said of applying to the Teen Ambassador Board.

The board is open to high school juniors and seniors and gives youth leaders the opportunity to advise the Attorney General’s Office on issues relating to teens and provides insight into the fields of government and law.

Carter has attended two board meetings, one last month in Columbus and another last week by Zoom. During last week’s meeting, board members were told that 20 students would get to attend the Ohio Law Enforcement Convention in October.

“I am definitely going to put my hat in the ring” to apply, Carter said.

Carter’s mom, Sarah — a Pickaway-Ross alum — encouraged Carter to apply for the Teen Ambassador Board.

“After being at home for the last two school years during a global pandemic he has seen a lot of political and legal issues in the news that he hadn’t been exposed to before,” she said, adding that the opportunity to meet teens from across the state would be beneficial.

“We believe in an exposure to many different career paths can also help him ultimately decide what he'd like to do in life,” Sarah said.

Carter may be one step ahead, already planning to take more College Credit Plus Classes in math and science with the goal of studying physics in college.

Carter’s dad, Andrew, works in cybersecurity, which Carter said he thinks is an interesting field.

“I just thought Pickaway-Ross was this perfect opportunity because it has a solid Cybersecurity & Networking program that piqued my interest when I toured as a sophomore,” Carter said.