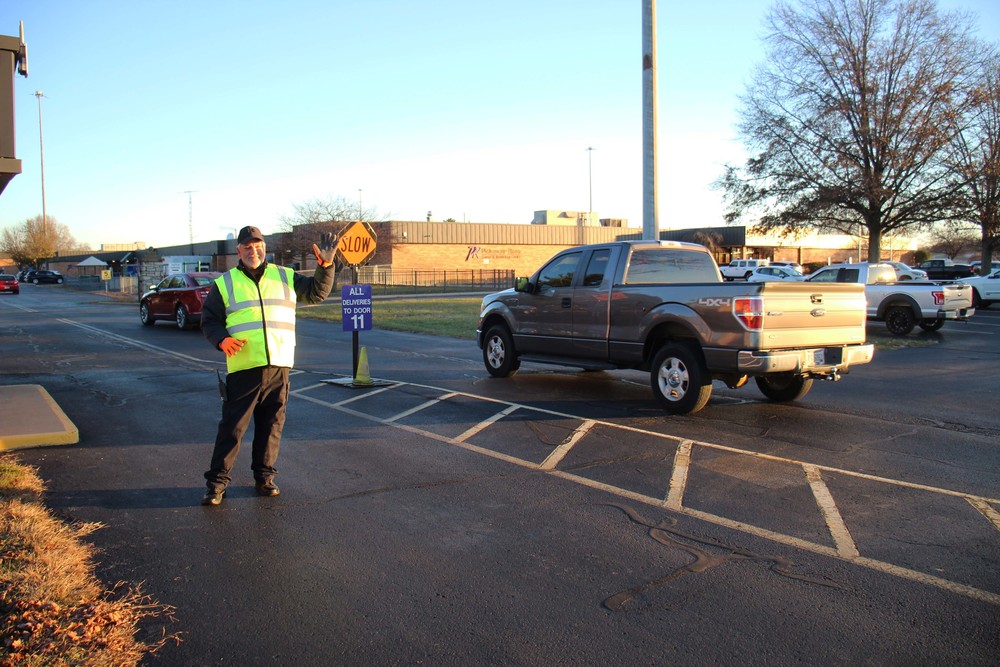 Terry Lawless, the first face to greet visitors driving onto main campus, is comfortable in his role at the guard booth.

With a background in the military and 30 years working for the Department of Corrections, Terry says the job and the schedule are a good fit for where he is now.

“My whole life has been security, military and corrections,” he said.

After retiring from the Department of Corrections in 2009, Terry spent nearly 12 years working for himself in the estate business and driving for Amish groups.

But he was a little restless and when his wife, Rhonda, a program manager in Adult Education, told him about the security guard position, he decided to apply.

During his interview with Jason Vesey, director of Secondary Education, and Principal Chris Thornsley, his qualification for the job was obvious.

“He brings a career of security and law enforcement experience to Pickaway-Ross' campus,” Jason said. “He is serious-minded about making sure our students and staff are safe and has the expertise to provide valuable input to school safety matters.”

When asked during the interview if he had experience with children, Terry said, “Well, I raised one.”

His philosophy on working with students is straightforward: “Most of these kids, show them some attention. That's all they want.”

With a few months under his belt, Terry is happy at the guard booth — despite the cold the past few weeks — and with his new co-workers.

“The people have been excellent and the job keeps me busy.”