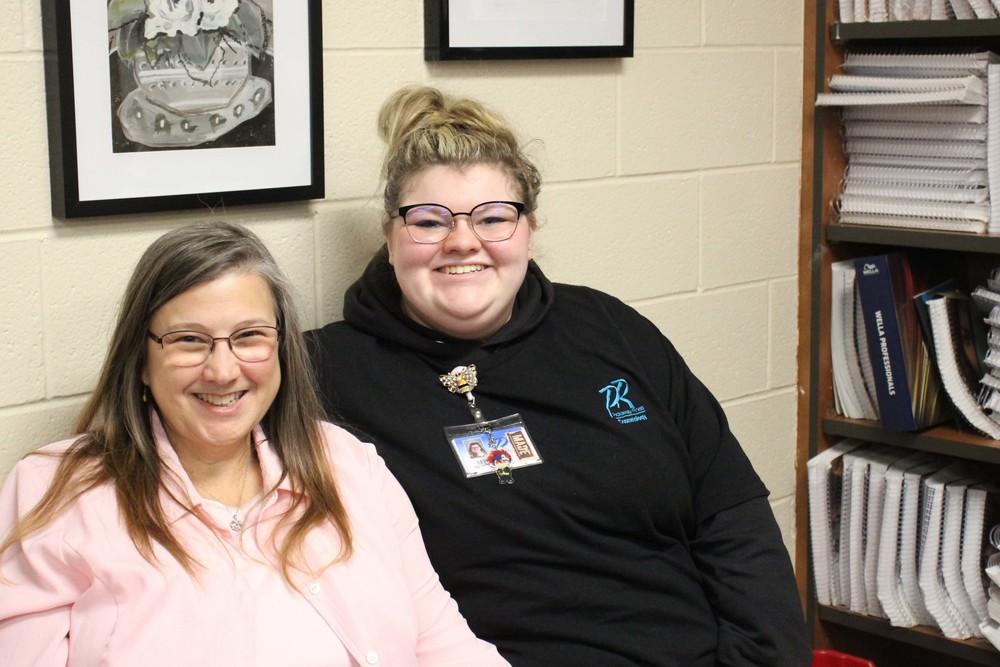 Jane Miller had a 30-year career with the Ohio Department of Transportation and she credits her career program at Pickaway-Ross for her success.

While a senior in the Accounting & Computing program, the instructor took students to Columbus to take a state civil service test.

“Within two weeks after graduating from high school (in 1981), I received two interview requests in the mail,” from ODOT and the Civil Rights Commission, because of her high test scores, she said.

Both interviews were on the same day so Jane interviewed with ODOT at 7 a.m. with plans to get to Cincinnati in time for an 11 a.m. interview at the Civil Rights Commission.

“I went to Columbus at 7, interviewed, and they hired me on the spot. Two weeks later, I started in Columbus,” she said.

She started as a typist 2 entry level job in accounting making only a nickel more an hour than what she made in high school working as a cashier at Big Bear in Central Center in Chillicothe. But the professional development opportunities at ODOT were attractive to her, she said.

“They would provide so much toward education. As I started working there in advanced positions, I started taking classes. I went to Columbus State for a while and then I went to Franklin University for a while. And I was able to then go into the Ohio Certified Public Managers Program and I graduated from that.”

She said she worked her up into the payroll department, eventually handling payroll for the state of Ohio. Then she moved into the office of Public Transit, retiring as the public transit manager for the state.

“The education that I received (at Pickaway-Ross) in accounting was kind of my fundamental education that I kind of started with and then everything just grew from that baseline,” Jane said.

Jane returned to Pickaway-Ross one day in December to get a manicure from her niece, Kou Henry, a junior in Cosmetology.

The connection to the career center runs deep in Kou’s family: Jane and her three siblings all attended Pickaway-Ross and Kou’s grandfather was an instructor in Adult Education.

Kou, who has been homeschooled, said her grandparents encouraged her to investigate the Cosmetology program.

“I've always been into hair and doing nails and makeup and stuff,” Kou said. “They knew people here, so they figured it'd be a good opportunity for me.”

Cosmetology instructor Donna Patrick said Kou is a go-getter and eager to learn.